After graduating from Thomas Cooley Law School, Magistrate Wade worked as an Appeals Hearing Officer with the Tennessee Department of Labor and Workforce Development, and an Adjunct Professor of Criminal Justice. She later became the Managing Attorney at a small Nashville-based law firm, before becoming a solo practitioner at the Law Office of Jennifer Wade. During this time, she practiced primarily in juvenile court where she focused on serving as a guardian ad litem on neglect and dependency cases and counsel for students involved in truancy court.

Prior to her appointment as a Magistrate, Wade served as the Employee Relations Manager at Nashville General Hospital, where she conducted HR-related functions, including resolving workplace conflict, overseeing employee disciplinary hearings, and facilitating customer service and HR trainings.

At Juvenile Court, Mrs. Wade served as the Director of the Metro Student Attendance Center (MSAC), where she led the dedicated staff to provide support services for students who have been truant or chronically absent from school. Wade then became a divisional magistrate handling issues of neglect, delinquency, and the GRIP/GANG Court.

While at Juvenile Court, Wade has been committed to community service as she co-chaired the Alignment Nashville Change Team on Attendance and was a member of Positive and Safe Schools Achieving Greater Equity (PASSAGE) Nashville to reduce discipline disparities and promote educational equity within Nashville schools. She is a board member of Communities in Schools and PENCIL, both who bring resources and services to meet the needs of students and educators in Nashville and across our state.

Wade is a strong advocate for improving the lives of children and enjoys educating the public about the role of juvenile courts in Tennessee. She was a presenter at the Tennessee Bar Association Juvenile and Children’s Law 2021: The Effects COVID -19 had on Education, America’s Youth, and the Courts that Protect Them and a presenter at the 2019 Metro Nashville Public Schools Equity & Diversity Summit, Through the Cracks: Saving Youth from the School-to-Prison Pipeline. She was also a co-presenter at the Tennessee School Board Association Summer Law Institute, Working Together for Children in June 2018.

While Wade starts her role as Court Administrator on October 3, 2022, she has a wealth of experience within Juvenile Court and is willing to assist you. If you have any questions or concerns, please feel free to contact her.

After completing her clerkship, Magistrate Cain worked as an associate attorney in the Law Office of Davis, Watkins, and Sneed before becoming a solo practitioner at the Law Office of Yvette Y. Cain. During this time, her practice was primarily in the areas of family and juvenile law.

Prior to her appointment, Yvette served as Special Master for the Eighth Circuit Court for Davidson County. As Special Master, she was responsible for the case flow management of all non-jury and jury cases and for conducting case management conferences for all cases assigned to the Eighth Circuit Court. During her tenure as Special Master, she successfully completed the Metropolitan Police Department Armed Guard/Special Police Training for court officers in the judicial system. She also was a member of the Belmont University College of Law American Inn of Court.

Magistrate Cain has been named one of Nashville’s African American Women of Distinction in the Legal Profession. She is a founding member of the Tennessee Association of Professional Mediators (TAPM) and a former listed Rule 31 Family Mediator.

Yvette is married, and they are the proud parents of a son and a family dog, Que. 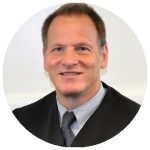 Magistrate Calhoun has served since his appointment to the bench in October of 2002. His current duties include presiding over the Metro Student Attendance Center as well as Family Treatment Court.

Magistrate Calhoun received his B.A. from Duke University in Political Science in 1989 and his J.D. from UCLA in 1994. After graduation from law school, he accepted employment with the Metropolitan Public Defender’s Office in Nashville, TN where he remained until his appointment as a magistrate. While at the Public Defender’s Office, he practiced adult criminal defense for the first four years of his employment. He was then offered a lateral transfer within the office as the newly created position of Metro Guardian Ad Litem, a position he held immediately prior to coming aboard with Juvenile Court. In this capacity, he represented children’s best interests in child welfare proceedings before the Juvenile Court.

Magistrate Calhoun resides in Nashville with his family. 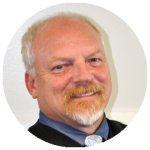 Magistrate O’Neil has served on the Davidson County, Tennessee Juvenile Court Bench since 1998. He holds a Bachelors Degree in Anthropology from Vanderbilt University and is an Honors Graduate of the University of Tennessee, College of Law. Prior to his appointment to the bench, Magistrate O’Neil practiced law with a commercial litigation firm in New Orleans, Louisiana and was also a solo practitioner. Magistrate O’Neil has received additional training at the National Institute for Trial Advocacy, the National Judicial College, and the Lipscomb University Institute for Conflict Management.

He is married and is the father of two. 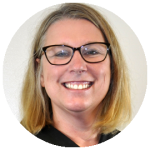 Magistrate Julie Ottman received her Bachelor of Arts degree in 1994 from Marquette University. She received her Juris Doctor in 1998 from the University of Detroit, Mercy School of Law. After graduating from law school, Magistrate Ottman moved to Nashville, TN and was appointed as Assistant General Counsel for the Tennessee Department of Children’s Services. In that capacity, Magistrate Ottman prosecuted dependent-neglect and abuse cases on behalf of the State of Tennessee. In 2003, Magistrate Ottman was hired as an Attorney for Policy Studies Incorporated where she remained until her appointment as a Juvenile Court Magistrate in 2011. 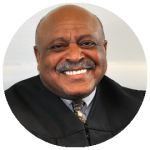 Paul E. Robertson is a graduate of Tennessee State University, Louisiana State University Graduate School of Banking and the Nashville School of Law. He has specialized in Juvenile and domestic law since 2006. He has served as a Magistrate since 2013.

Magistrate Robertson was employed for 30 years in the banking and regulatory fields and retired as Assistant Deputy Comptroller with the U. S. Treasury Department, Office of the Comptroller of the Currency with responsibilities for regulatory supervision of 26 nationally chartered community banks within 5 southern states. He also served as a southeast district Bank Information Systems manager for the Office of the Comptroller of Currency and recipient of the Southeast District Managers Leadership Award.

Magistrate Robertson formerly served on the Board of Directors of Traders National Bank, Tullahoma, TN and was a CASA volunteer for several years. 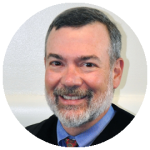 Magistrate Scott Rosenberg is a 1990 graduate of the Nashville School of Law. He began his legal career with the District Attorney General’s office in Davidson County in the Child Support Division. In 1993 he was hired by the law firm of Joyce, Meredith, Flitcroft and Normand to handle child support cases. In his role as a child support prosecutor Magistrate Rosenberg had primary responsibility for URESA and Bankruptcy cases. Magistrate Rosenberg began private practice in 1997. His practice focused mainly on Domestic Relation cases. In 1998 Scott was appointed as the first Special Prosecutor for Domestic Relations cases by General Victor S. “Torry” Johnson. In 1998 Scott was also appointed as a Referee of the Davidson County Juvenile Court by Judge Betty Adams Green and was re-appointed in 2006.

In 2016 Magistrate Rosenberg was instrumental in founding the Nashville School of Law Juvenile Court Custody Clinic. The clinic provides practical legal experience for the students and legal representation for many unrepresented Juvenile Court litigants.

LeAnne Sumner grew up in rural Georgia. She attended Furman University where she received a bachelor’s degree in business administration. After working for a few years, LeAnne decided to go back to school to get her master’s degree in social work from the University of Tennessee. She then went on to obtain her juris doctorate from the University of Tennessee as well. LeAnne has worked as an attorney at the Davidson County Public Defender’s Office for almost twelve years. The last eight have been in the juvenile division. LeAnne is married with two kids and a dog. She enjoys spending time with her family, traveling, listening to music and having a good laugh. Her motto is to do everything with kindness, compassion and integrity. 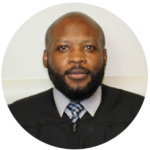 Prior to his appointment to the bench, Magistrate Wilhoite practiced in family law, estate planning, and contract litigation. In addition, he has dedicated a significant portion of his practice towards pro bono representation through the Legal Aid Society and served as a Guardian ad Litem in Juvenile Court wherein he represented children’s best interests in child welfare proceedings. 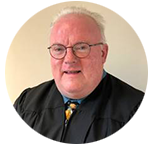 Olen Winningham was born May 5, 1964 at Blytheville Air Force Base, Arkansas, and grew up on military bases in Germany and the southeastern United States. He returned to his parents’ home state of Tennessee to attend college, graduating in 1986 with a Bachelor of Arts degree in English from Tennessee Technological University in Cookeville. He began his professional career in 1992 as a foster care worker with the State of Tennessee, and subsequently served as a case manager for the Metro Caring for Children Program and as a probation officer with the Family Services Division of Davidson County Juvenile Court. He received his Juris Doctor degree from Nashville School of Law in 2003 and was admitted to the bar later the same year. The following year he began practicing with the State Department of Children’s Services. In 2008 he accepted a position as an attorney with Child Support Services of Tennessee, where he remained until May 2022; from August 2012 forward he was the Lead Attorney/Legal Director for Davidson County Child Support Services. He and his wife Melinda (Mindy), an elementary school art teacher with Metro Nashville Public Schools, reside in Nashville’s Inglewood neighborhood, surrounded by a menagerie currently comprised of three dogs and a cat. His pastimes include reading, listening to and collecting music on outmoded physical delivery systems, and following the football fortunes of the Pittsburgh Steelers.